If you have a Windows 10 machine connected to an Essentials 2012 R2 server and you apply the Windows 10 November update (1511), all Essentials connections will be lost.

The machine is still joined to the domain, but the Essentials connection is completely removed.

DNS management, i.e. pointing the DNS to the server when on the LAN:  stopped. The network is no longer detected as domain-joined, so the firewall switches to Public rules.

All of this happens without any confirmation or warning.

If you search for the Essentials files, you’ll find them under C:\Windows.old\WINDOWS\System32\Essentials. 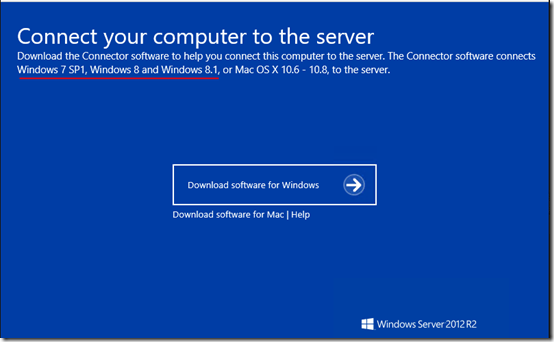 After running the download, I had to restart the computer and go through the entire connection wizard (type my admin name and password, “Set up this computer for myself,” confirm computer description, “Yes, wake up this computer … to back it up,”). At the end it says, “You will be logged off” but I was not logged off.

The Launchpad says there are no backups: 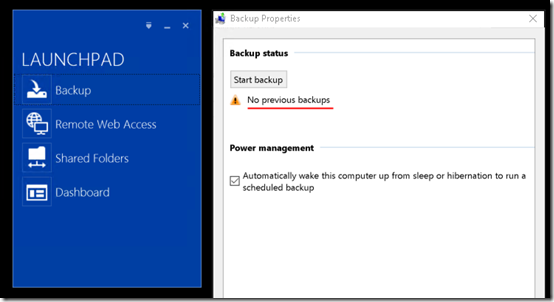 Fortunately, the server dashboard shows that the device is back online and that previous backups are available.

Windows 10:  Not Ready for Business

Ironically, the November update was supposed to be the one that made Windows 10 ready for use in organizations. Well if you’re a small business running an Essentials 2012 R2 server, be prepared to re-install the connector on each machine you update.

Susan Bradley put me and another user in touch with the Microsoft product group regarding this issue. Schumann GE has just published the following article that confirms the issue and promises a fix ASAP:

If you are affected by this issue, keep an eye on that article for updates. For other official Essentials news, consider subscribing to the SBS blog’s RSS feed here:  http://blogs.technet.com/b/sbs/rss.aspx.

Based on some of the comments below, some users are still experiencing issues after this fix.

I’ve discovered that you need to uninstall and re-install the Essentials Connector before upgrading Windows 10. Details in this article.