In testing an Essentials Client Restore under Hyper-V, the restore kept failing. It would show the server name, prompt for the username and password, but then it would fail with these messages: 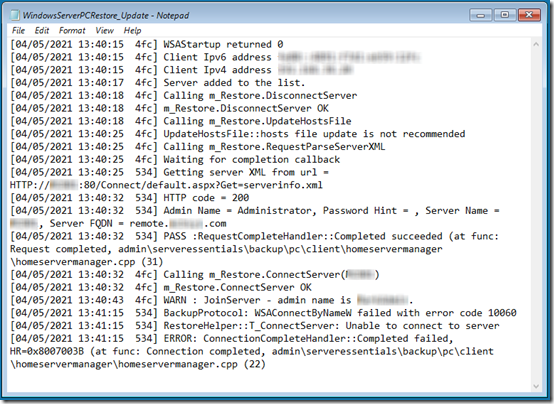 It sounded like a network connection issue, but then how was it seeing the server name? At first I was running this on a Hyper-V Virtual Network without a DHCP server. But even after setting up a DHCP server, the restore continued to fail.