Recently a Microsoft support agent used a tool that I wasn’t familiar with:  DevNodeClean.

Basically Windows creates a device in registry for every new device that is connected—even if it’s just a shadow copy created during a Windows backup. To see these, in Device Manager, check View > Show Hidden Devices, then look under Storage volume shadow copies: 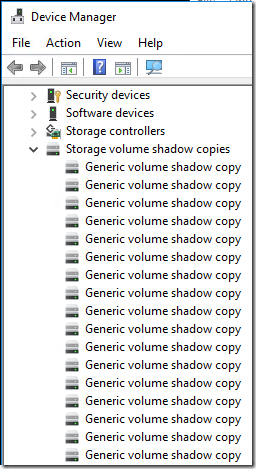 Note that some of these, though hidden, may be in use, i.e. they are active shadow copies. To get rid of those that are unused, download DevNodeClean here. From an administrative command prompt, navigate to the x64 subfolder and run

You’ll see a list of devices that would removed: 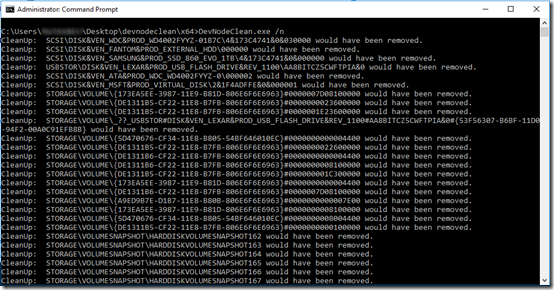 Run it again without /n to remove the devices.

Run it a third time with /n to confirm that the devices are gone.

Microsoft KB934234 has more details on what registry entries are created and deleted but recommends using DevNodeClean for Server 2012 (and, presumably, for later versions).