When you approve an update to 3CXPhone for Windows in the 3CX v15 server dashboard, the server will start pushing out the update the next time the users start 3CXPhone. But what if you didn’t mean to approve the update, e.g. you didn’t realize until too late that it is a beta version? Once the update is approved, it is removed from the list of available updates. How do you revert the update so that it is no longer offered to clients?

Note 1 This procedure is not an approved or supported method so use at your own risk.

Note 2 This is about reverting the version of 3CXPhone offered for download by the 3CX server. It is not about downgrading the 3CXPhone for Windows client after it has been installed, which would require an uninstall and re-install.

3CX Phone updates are kept on the server in this folder:

Downgrade to the Installed Version

After approving the 3CX Windows client update, you’ll find that the update is no longer listed on the Updates page: 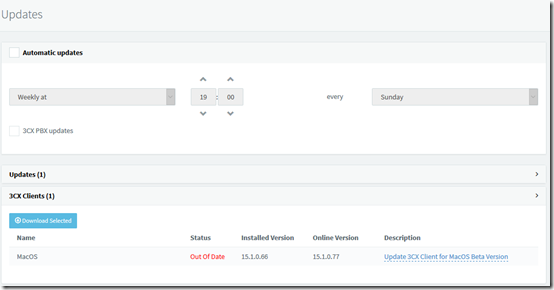 To “downgrade” the version, go to Settings > Parameters and search for “myphonever”: 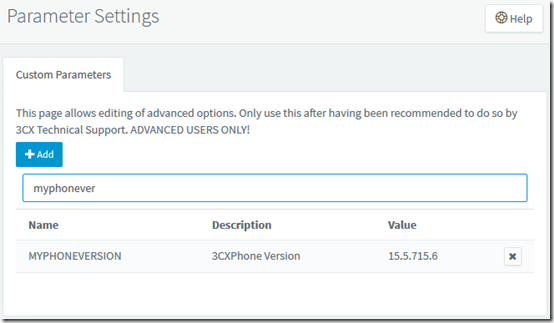 The MYPHONEVERSION parameter indicates the version of 3CXPhone that 3CX thinks you have. In this case, it is showing beta version 15.5.715.6. Double-click on that line and change the Value to the version you really have, e.g. 15.0.60903.0. (To determine the installed version, in 3CXPhone, click on the gear icon and choose Advanced Settings > About.)

Now when you visit the Updates page, the 3CXPhone for Windows beta client again shows as available: 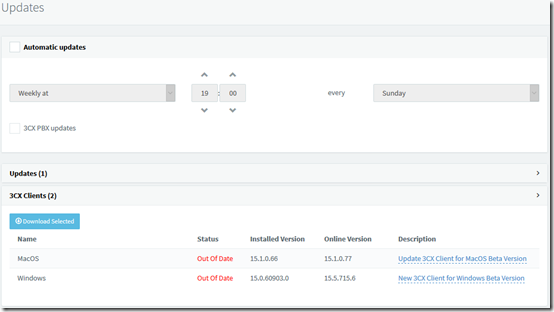 As long as the “Installed Version” matches the version on your desktops, 3CXPhone will not try to apply an update.