I’ve set up Anywhere Access on my Essentials 2012 R2 server including the VPN option. However, when I try to connect, the connection fails and I get error 20253 on the server:

Checking the Routing and Remote Access (RRAS) setup, I see that it is by default set up to get IP addresses from the DHCP server, which is my router. Apparently that process, described on Technet here, doesn’t work. If I assign a static address range, the VPN starts working again. 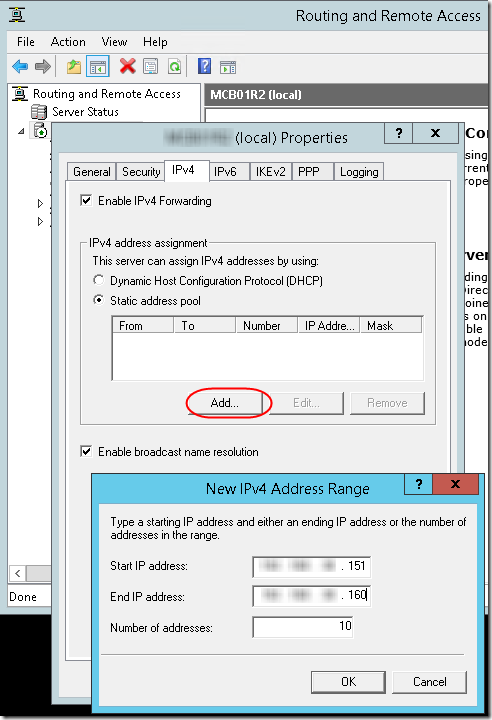