I use the Windows SMTP service to relay some mail to Office 365 and, from another site, to Google Apps Gmail. Here are some notes and links on both.

The default outbound message size limit is 2MB. If you’re sending larger messages, increase that on the Messages tab: 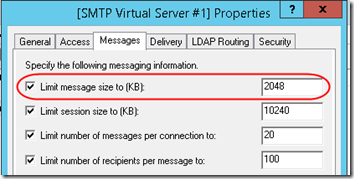 Set up shortcuts to the SMTP Logs and SMTP folders (including Badmail and Queue):

There are lots of article on setting this up (example, example). A few key points:

Google Apps does require some configuration in the portal to allow relaying. This is described in their article SMTP relay service setting.

Google is a little more flexible:  you can make TLS optional (I set it as required) and it may work on other ports (I stuck with 587). You still set up the SMTP service to authenticate as a Gmail user, but it does seem to allow for the email to come From another valid user in the domain. In other words, I set authentication in the SMTP service to connect as admin@mydomain.com, but mail from the Linux server is coming From sysadmin@mydomain.com

The Google server is smtp-relay.gmail.com.

Mail from the Linux “root” user will by default be sent From root@linuxbox.mydomain.local, which Google (and probably Office 365) would reject.

So how do you get the Linux box to send as a known user in your email domain, e.g. sysadmin@mydomain.com? I got that to work by setting up smarthost, domain masquerading, and “address rewriting” using generics, telling it that mail from “root” was actually from sysadmin@mydoman.com. This article describes editing the sendmail.mc file. I edited sendmail.mc manually, then used Webmin to get it to rebuild the Sendmail M4 Configuration. Webmin also let me set up the Outgoing Addresses and Aliases. 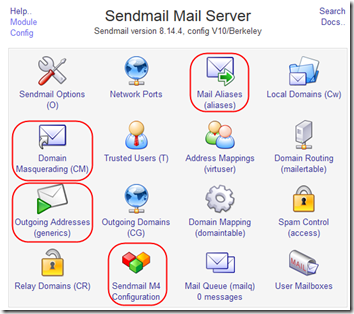