I recently came across a letter that I wrote to a theologian friend in November 1987 about a business idea. Reading it was a fun reminder of how far technology has come. Here’s an excerpt:

Have you heard yet of CD-ROM? You’ve seen the audio CD’s that reproduce sound perfectly because they record it digitally. Well, the same pieces of plastic are being used with personal computers to store vast amounts (550-600 megabytes, or 300,000 pages) of information for quick retrieval. Of course, it can only read (ROM = Read-Only Memory), not changed or deleted. But for certain reference works, this is just fine. At the [1987 Frankfurt] Book Fair I saw, for instance, Grolier’s twenty-volume Electronic Encyclopedia on one CD, and I watched it list the 12 places the name “George Washington” occurs in the entire encyclopedia in about 5 seconds. The Oxford English Dictionary is being put on CD; Bowker’s Books in Print already is—updated CDs are distributed on a subscription basis. The Deutsche Bibelgesellschaft [German Bible Society] (Stuttgart) offers three German translations on one CD-ROM; there’s room for 50.

The hardware needed to be able to read CDs from an IBM-compatible PC currently costs about $700 (though prices are falling). The price of the CDs themselves varies depending on the value of the work they contain and the development effort involved in getting then into database format. The encyclopedia costs $299; Books in Print Costs £ 695 for a subscription (presumably one year); the three Bibles cost 600 DM.

That’s the background info. The big question; what do you think of the idea of putting theological reference works on CD-ROM? Is there a market for such a thing? One CD-ROM development engineer says he thinks the price of CD-ROM drives will come down to the price of normal diskette drives ($300 or so), making the hardware quite affordable. 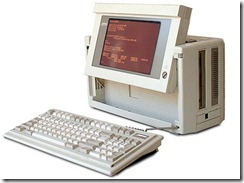